Below are the results of our survey asking people about their satisfaction with Councils’ performance in managing Gladesville. The survey ran from 1st February to 22nd February 2015.

140 responses have been analysed and presented below.

89% of respondents believe Gladesville does not benefit from being managed by 2 separate Councils (Q4).

90% of respondents believe there is inadequate coordination between Ryde and Hunters Hill Councils in the management of Gladesville (Q5).

Although 51% of respondents were aware of Fit for the Future, 92% believe there has been inadequate public consultation from their Council (Q6 and Q7).

Respondents ranged in their connection to Gladesville (Q1), the Council with which they most identify (Q2) and ages (Q9).

General Comments and Feedback (Q10) were received and are being filtered to remove a number of accusations and comments which are likely to cause offence or harm to individuals. Although this survey was intended to give members of the community of Gladesville a voice, we must ensure that we are fair to people’s reputations. These comments will be provided when we can do so. 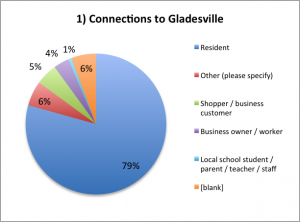 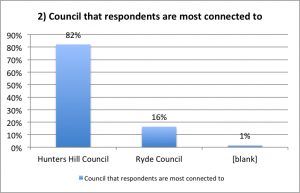 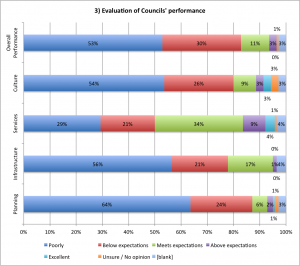 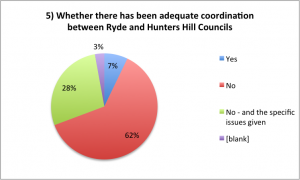 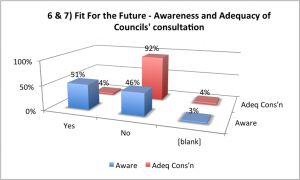 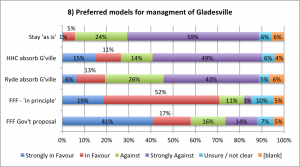 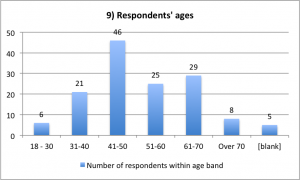